“Everyone agreed to this and that was how the adventures began. It was the sort of house that you never seem to come to the end of, and it was full of unexpected places.” (p. 4)

The Resolution Project: For my New Year’s resolution this year (that being 2011), I decided to try and read all one hundred of the novels picked by Time Magazine as the best since their inception in 1923 to the list’s publication in 2005. I exempted myself from reading ones I’ve already read, leaving some eighty-six or so to read before the end of this year. Some spoilers may lie ahead, so be warned if you’re the type to be bothered by that. 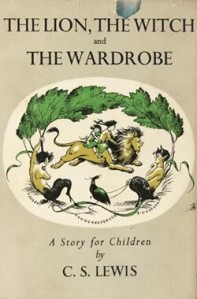 The Elevator Pitch: Peter, Susan, Edmund and Lucy are four children who have been evacuated to the English countryside during World War II. They live with an old Professor, who lets them spend their days idly exploring the strange house. When Lucy happens upon a magic wardrobe that escorts her to the land of Narnia, the children will be forced to fight for what is right against an ancient evil.

Okay, confession time: before this year, I was a complete Narnia neophyte, a noob, a Neanderthal even, with regards to this book series and associated media property. I work in a comic store, so I’ve seen some of the merchandise prepared for each of the films I guess, but until now I’ve never actually experienced the world first-hand. And you know what? I really liked it.

To be honest, it was a little tough going for me early on in the two hours or so of straight reading it took to finish, though. The subtitle of the book is “A Story for Children”, and as such the writing style is very simple and direct, which takes a little getting used to as opposed to the other stuff I’ve subjected myself to this year. Lewis continually reminds the reader who’s talking and when, which got on my nerves a little at first, but this simple storytelling technique soon faded away once I got into the engaging narrative. And, to be fair, I much prefer being explicitly told who is speaking at all times to something like Blood Meridian (now there’s a wildly disparate set of books if I’ve ever seen one), which never feels the need to inform you as to any of these facts, much less why anyone would be talking as opposed to constantly raping and murdering. Score one for Lewis.

The characters are all quite plain and simple, easy for a child to insert their own personalities or those of their friends into and experience the story vicariously through in that way. I’m still not absolutely clear as to what Susan’s role was, other than to be more interesting in future volumes I guess? Edmund, that little douchebag, was characterized pretty well, once I realized that the “Turkish Delight” he was continually asking for from the White Witch was actually DRUGS (joke). I thought at first that the main thrust of the story was very similar to Poul Anderson’s Three Hearts and Three Lions, but upon looking it up, I actually found out that Wardrobe predates that book a number of years. Maybe Anderson was a fan too?

Actually speaking of drugs, another hurdle I had when initially getting into this book, and I know he’d probably hate to hear it, was Time 100 list curator Lev Grossman’s awesome reimagining of the fantasy narrative The Magicians.

I’m sure Mr. Grossman would be a little sad to hear this, but having read his Bret Easton Ellis-influenced and brilliant inversions of Wardrobe’s tropes first made it a little more difficult to accept the original at face value. As such, though, I can say now I enjoyed both of them a lot, but probably should have read Lewis first. Moving on.

I was struck early on by the Professor’s insistence that the Wardrobe was, once admitting of all the available data with regards to the character of the child that first found it, a real dimensional portal. The Professor, who’s got to be an avatar of Lewis, if I’m reading this correctly, kind of posits this assumption in terms of quantum mechanics:

“‘I mean, there was nothing there when we looked; even Lucy didn’t pretend there was.’

“What has that to do with it?’ said the Professor.

‘Well, Sir, if things are real, they’re there all the time.”

It’s almost like they’re living in Professor Schrödinger’s house or something. I love that. It’s too easy for children’s authors to score cheap points from their intended audience by having authority figures

a. be an obstacle to the child protagonists and

b. never listen to anything they say, even though they’re obviously correct.

The Professor can easily accept the existence of alternate realities and travel between such, and his ownership of the house the kids are fostered in never in any way hinders them from having sweet-ass adventures. I hope that it never really gets confirmed later on in the series whether or not the Professor knows of Narnia, is from there, etc, because it’s so much better for him to be from the real world and yet accommodating of others. in my mind anyway. 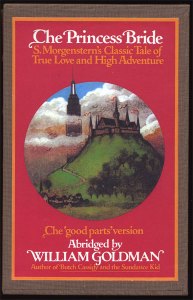 Lewis’s writing style is also quite conversational at times, in addition to the aforementioned easiness of reading. I really enjoyed his casual asides about the culture of giants, and how he related magical events to things kids would understand, for example how paper sets on fire, or the colour of fresh strawberries. You really get the feeling that this book was tested out on real children before getting printed, as that’s exactly the sort of great stuff you’d tell a kid while reading them a bedtime story. This reminded me a lot of William Goldman’s The Princess Bride, actually, minus all the postmodern talk about “editing” the original text and all that. The more I think about this, the more I wish I’d read this book when I was little.

The big elephant in the room, or rather the lion in the room, when speaking critically about Wardrobe is the obvious Christ metaphors. That was one of the few things I’d obviously known about going in, and in my dual ignorance of both Narnia and Christianity, I thought it was going to be a lot more explicit than it turned out to be. Sure you get the whole death and rebirth thing, but what really interested me was how the kids found it really difficult to look the lion square in the face. Sure, it would be somewhat disconcerting to stare down a magical talking lion, but his inherent goodness being awe-inspiring enough to make you have to look away? That’s a little different. That’s almost like losing SAN points by reading the Pnakotic Manuscripts or something to me, I figured everyone would just love Aslan right off the hop! This is obviously something for readers far more versed in theology and/or felinology to talk about.

Who would I recommend this book to?: Kids, definitely kids. Fans of fantasy worlds that lurk just on the outer edges of our comprehension. People who enjoy the more jovial fantasy stuff, and also talking animals.

Next up on the Resolution Project: Housekeeping (1981), by Marilynne Robinson