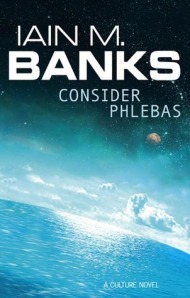 Bora Horza Gobuchul is a Changer, a member of a humanoid species with the ability to shape-shift into the identity of another person over the course of a few hours. This unique ability makes him a perfect spy for the race that controls his section of the galaxy, the long-lived, three-legged religious zealots called Idirans. The Idirans are engaged in total war with another galaxy-spanning force known as the Culture: a technocratic, anarchic and hedonistic society whose pervasive acceptance of artificial intelligence is seen as the ultimate insult by Horza’s Idiran spymasters.

When a Mind (one of the immensely powerful AIs that directs the Culture’s policies) is forced to land on the dead planet called Schar’s World, a place that is impassable to both Idirans and Culture, Horza is uniquely placed to capture this valuable new asset with his shape-shifting powers. If he is to do so, however, he must come face to face with everything he hates about the Culture, as well as everything he hates about himself.

Consider Phlebas is a whirlwind tour through the universe the recently departed Iain M. Banks would go on to flesh out in the rest of his Culture novels. Stripped of the evocative and charmingly vulgar language, as well as the well-thought out political and cultural world-building, the book could easily fit in with Star Wars-like pulpy space opera as Horza finds himself in increasingly dangerous and exciting situations throughout the story: he’s shanghaied into joining a pirate attack on a religious fortress, shipwrecked on a living platform that is due for destruction, menaced by a degraded group of cannibalistic cargo cultists, and must effect a daring escape from a gigantic battleship, and that’s all before he even gets to Schar’s World! I did feel the book dragged in some sections though, as it seems like Banks was a man brimming with ideas, and wanted to fit each and every one of them into this story. I could have done with a lot fewer descriptions of Culture weaponry and ships, for instance, even though I know they will become important in later books.

It’s an interesting technique to start off your sequence of books by placing the Culture as the opposing force off the bat, as the rest of them would have you take their side. Over the course of the story Horza, who like his Idiran masters hates everything the Culture stands for, begrudgingly must accept some of their more outre beliefs as his own if he is to survive his mission. Rather than taking the easy route and presenting us the Culture as the idealized version of humanity’s future, we are instead invited, like Horza, to make up our own minds about big topics like AI rights, hedonism and anarchy. There are some pretty heady concepts thrown around in the book, and the outsider’s perspective is useful for readers.

By the time the next book in the cycle rolls around, we are then able to appreciate some parts of the Culture from outside as well as in and immediately have the privilege of not having to accept everything in this far future story at face value. A similar technique is used to great effect in Frank Herbert’s Dune, which presents the adventures of Paul Muad’dib to us in “real time” while simultaneously providing snippets from the “official” histories written by Princess Irulan years after the fact, creating entertaining dramatic irony.

While reading Consider Phlebas, the book I’ve recently that it reminded me of most of was John le Carre’s The Spy Who Came in From the Cold. In both books we find ourselves delving head-first into a conflict we don’t have all the resources to fully understand right away, alongside a spy gradually becoming disillusioned by his country and increasingly having to rely on his own principles rather than party doctrine. Like Alec Leamas, Horza is an engaging and complicated protagonist, one whose adventure is well worth seeking out.